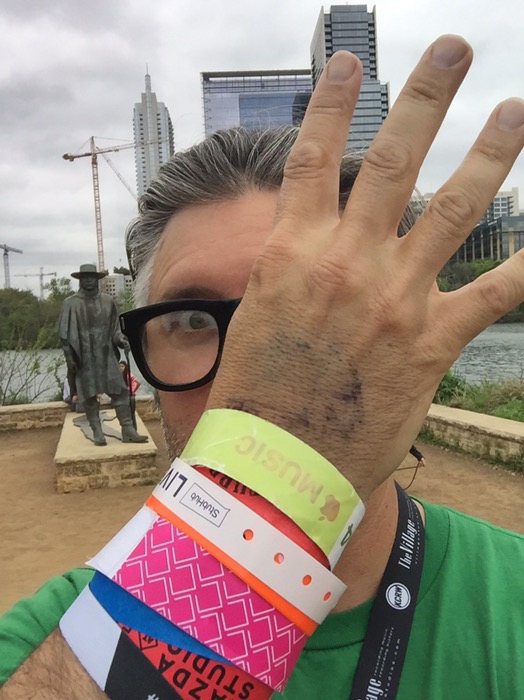 Another amazing day and night. Many many too many meetings and meet ups, but it was great to see everyone out in force and share stories from the shows thus far.

First up was Lo Moon at youtube where I met up with Conrad Schuman from Beautiful Machines, then over to see the most buzzed about artist of SXSW, Maggie Rogers… although she is VERY new to the scene (a video of her playing a song for Pharrell made her an overnight star) she did not disappoint, I’m really excited to hear more from her!

Yesterday was also a great day to catch bands we’ve licensed recently. From Tall Heights (I am a witness/Ad council) playing at Sony to Gogo Penguin (Adobe stolen masterpieces) at St, David’s Sanctuary. It’s an incredible feeling experiencing this music in a live setting, and the bands did not disappoint!

Yes, the amazing experimental rap/hardcore act from LA  has had an impressive run this year, their first night show at I❤️comix ended after the second song when a riot broke out in the club… last nights show at buffalo billiards wasn’t any different, except the show played out in full. I got toasty crushed by the band twice… they were stage diving into my face, I swear it. So good, I can’t imagine anything beating the energy and chaos of that set… maybe “show me the body” will come close?

I’m tired, my feet have filed for a divorce… but I’m happy, last night was GREAT night at SXSW. 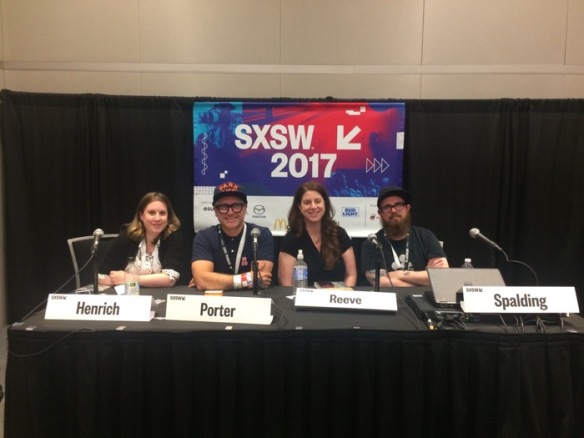 Short entry today, had our panel yesterday, amazing turnout for a 5pm panel! So stoked to have many talened friends on the stage. It was a really great discussion about how music supervision is changing and how artists can connect w/ supervisors.

Then it was off to the races, many many shows yesterday! Checked out Mykki Blanco, Topaz Jones, Youngr, Black Lips Hamilton Leithauser, Bleached, and an amazing experience with Jessie Reyez. She opened for my #1 tip SXSW pick THEY.

Jessie Reyez is from Canada, she sings, she raps, she is a BOSS! She pretty much set the bar for real music discovery this year… it will be hard to find another act that comes close. 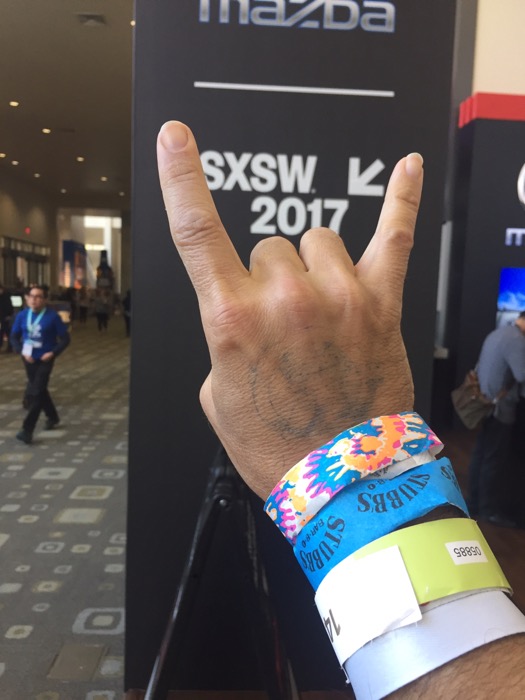 A  great first full-day of SXSW! Lots of meetings and meet ups, seeing people that we work with all year in the flesh.

Had a great morning show experience with New York’s Diet Cig (adorable!) and managed to check out Naked Giants as they tore the roof off a small club at 1:30pm in the afternoon. Very happy to report it looks like Naked Giants landed a nice Adobe sync with us later that day!

Managed to catch Vince Staples play an amazing set at the Apple Music event, (they are spending $$$$ on making content down here!) finished the night with The Dig, New Pornographers, Spoon and the amazing Peelander-Z!

Naked Giants live at SXSW!!! Shout out to Pringles! Hahaha!

What happens to a great song when you have off Iggy with the venue sound! 😫https://youtu.be/IlvQ8b00Dq4

Got a bit of a late start yesterday, but  I managed to salvage the day and meet up with a few agency ppl, saw some bands too.

So good to be back in Austin! Spring is in the air, music is in the air, and my feet are on the ground for Music’s Spring Break!
Hit the GSD&M party last night and met up with Michael from Bicycle/Concord music group, then joined Laura, Rohan and Zack good stuff.

On the bill for today: guild of music supervisors meeting, Francis and the Lights, fader, Levi’s, Lagunitas brewing showcase and much much more!

Favorite theme for band names for today GRANDPARENTS! What says rock more than that?!

Flint Flossy from Turquoise Jeep- the FIRST act I’d ever booked for the Doritos stage!

A pretty good interactive guide, featuring a fair amount of my must-sees for this year.

Nice tribute for the anniversary of the death of The Notorious B.I.G.